What’s the
Mood at D&AD?

Taking the social temperature of the world’s leading creatives

The D&AD Awards “celebrates and nurtures outstanding work in the design and advertising industry”. And winning one of their Pencils is the holy grail for those working in the aforementioned industries. So when they asked us to build an installation for their 2016 Festival we were pretty chuffed to say the least. The brief was succinct: to depict what Twitter was saying about the festival.

The brief explanation.
A tree-like sculpture that displays every tweet containing the event hashtag and identifies the most meaningful word of each. The audience can change the colour of the tree via our web app, which asks them to choose the colour that best suits their mood.

The longer one...
We monitored every tweet containing the event hashtags from Twitter’s API. These tweets were then passed through a series of complex algorithms (based around Stanford’s Natural Language Parser). The algorithm calculates the grammatical structure of sentences and identifies the most meaningful word within each tweet.

The data was routed through a remote web-socket server, which controlled communication to the node.js server running on a Mac Mini within the base of the installation. This server communicated directly to four master Arduinos via the serial port, each of which communicates to a further six slave Arduinos.

Each of the 24 total slave Arduinos is wired into one of the laser cut lanterns suspended from the tree, via the chrome pipes rising from the centre. Each lantern contains nine LED matrices, making up the scrolling text display, and two colour changing LED strips, giving everything a bright and colourful ambience.

Every new tweet containing the event hashtag scrolled through one of the matrices, and the most meaningful word was then highlighted.

Creative, Amazing, Inspiring.
Three of the top words captured by MoodTree, and a fitting description of the festival. We had a great time talking to the art directors, copywriters, craftspeople and technologists who visited and interacted with MoodTree. Their feedback was overwhelmingly positive and we’ve since been asked to display at events across Europe. Perhaps the biggest compliment we could have had though, was when OMD included us in their top five festival highlights; a tough list to make considering the creativity that filled the event. 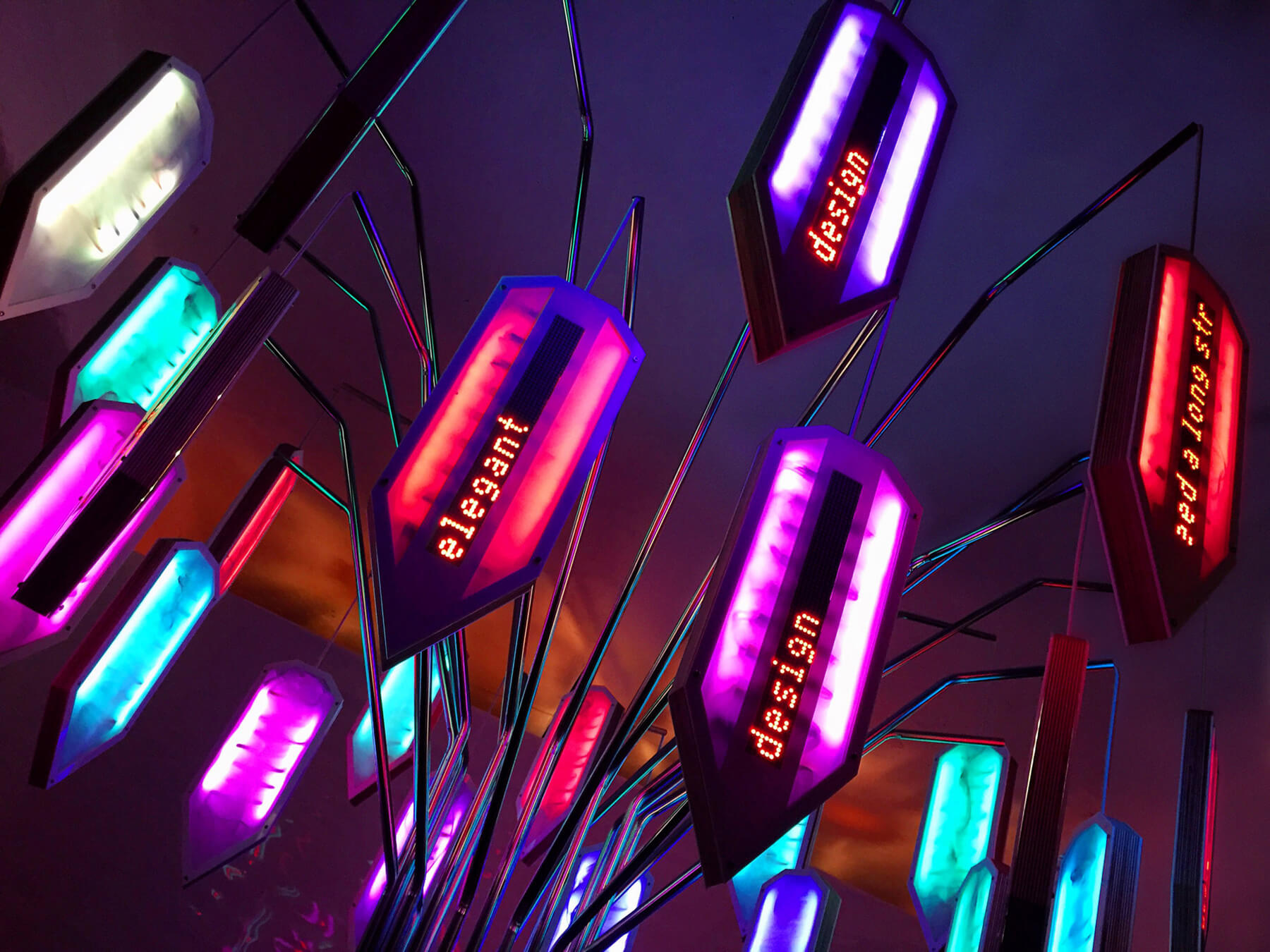 Hire MoodTreeMT
for your event

Bring innovation to your event, and get it talked about on Twitter, by hiring MoodTree. We’ll customise it for your brand and monitor as many hashtags as you want.