We filled a truck with tech to take Meantime's VR brewery tour on tour.

Last year we teamed up with Visualise to build a Virtual Reality tour of Meantime’s brewery. Meantime took the VR headsets on the road with their beer truck, and 10,000 of you stepped inside their virtual temple to beer. Following this success Meantime asked us to up the game and design a tech-filled truck they could drive to festivals and events.

The result is Hop Wheels. The inside is dedicated to the VR brewery tour, with two headsets and two gaming chairs. On the outside, there’s a touch screen through which you can have a go at making your own Virtual Brew, find out about the Make Time For It campaign, and browse videos and Meantime’s range of beers. Finally, you can keep track of what’s happening on Twitter via the ticker screen at the top of the truck. Send a tweet yourself and you’ll see it appear on the ticker.

You can catch Hop Wheels at festivals across the summer, and at the stops on the Make Time For It tour. 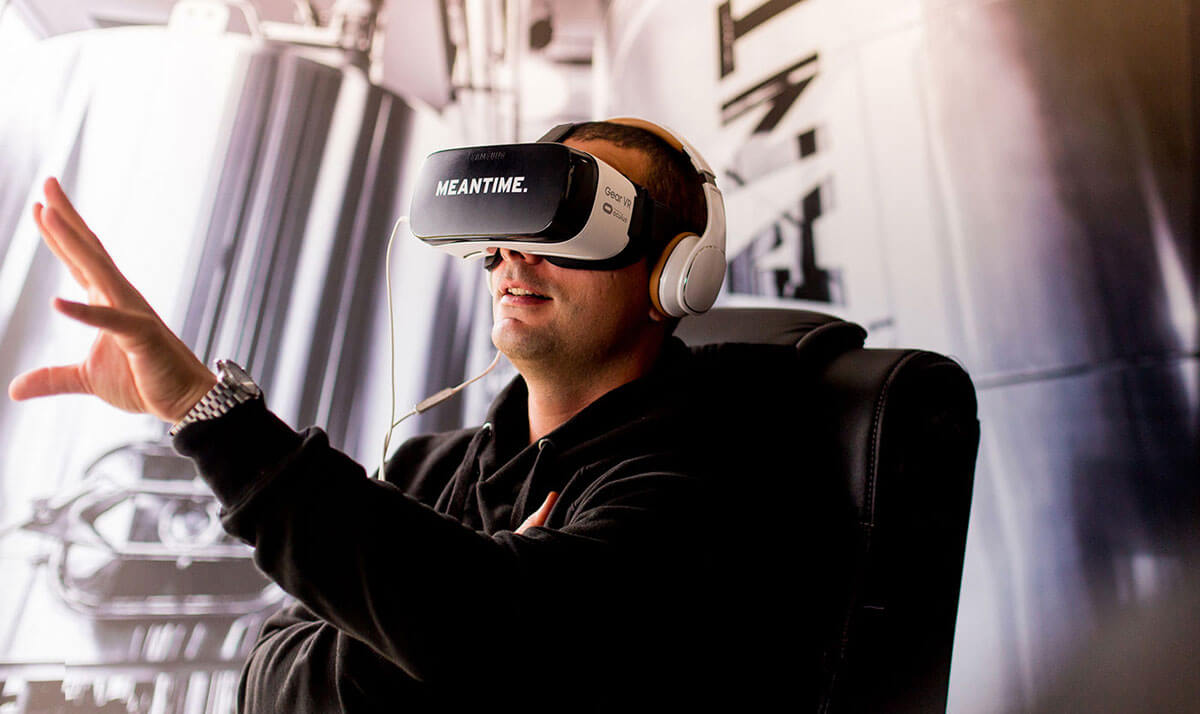 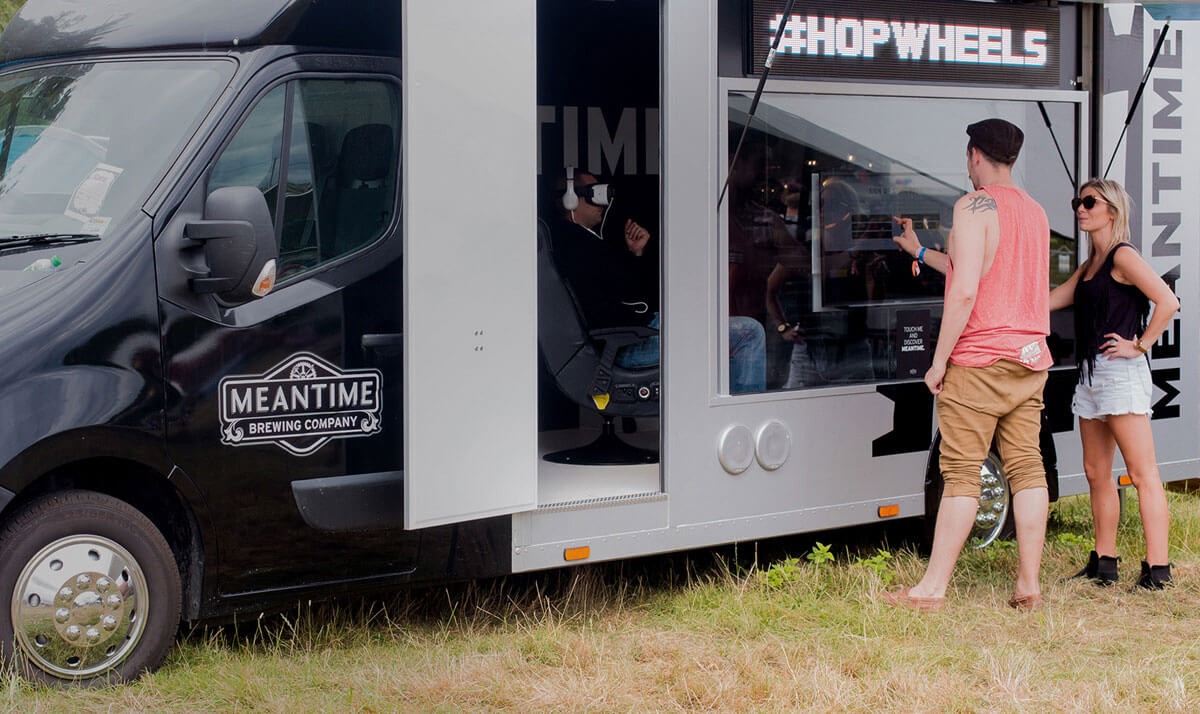 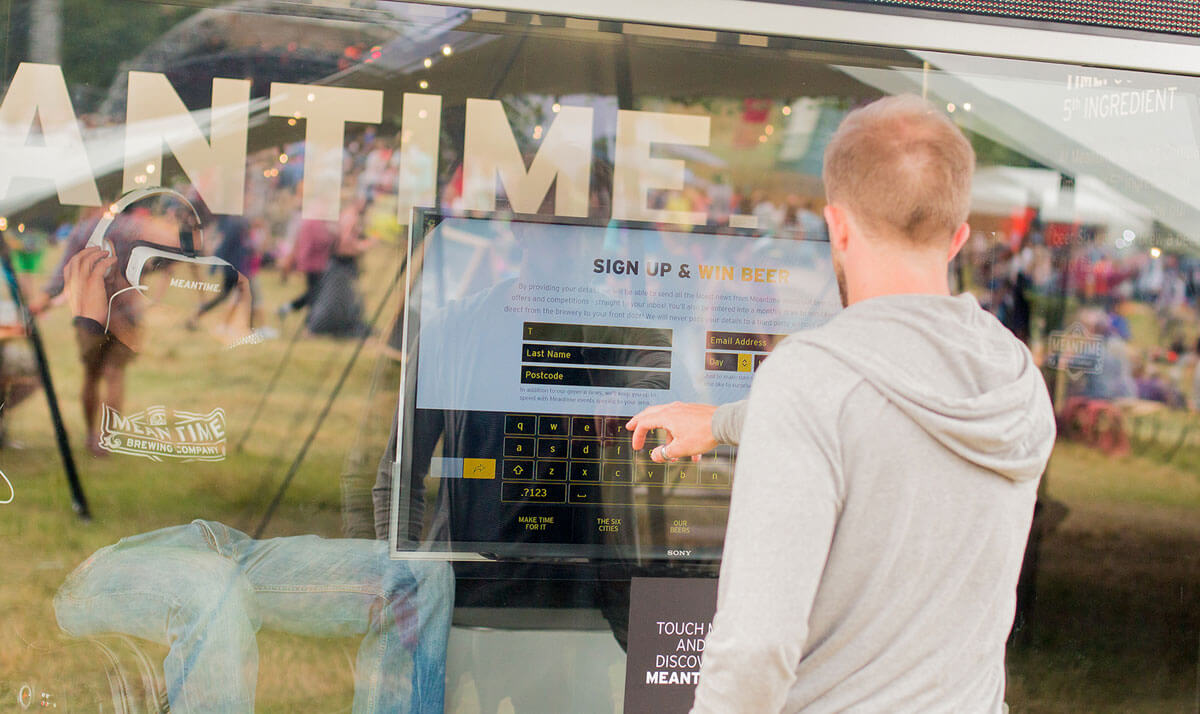