You, Kate Winslet and a giant 3D iceberg, in Spotify's first interactive ad.

As if Titanic wasn't big enough they're now re-releasing it in massive-iceberg-in-your-face 3D. And to celebrate this oversized cinema event we’ve created a groundbreaking app. It will be Spotify's first interactive advert, and will enable you and your friends to appear in your own version of the trailer. Tell us your name, invite your Facebook friends and discover which of you gets to be ‘King of the World’ and who avoids a slow, very cold, watery death.

Do so and you'll feature in a personalised trailer approved by none other than James Cameron. Yes, that's right, the legendary director personally signed-off the ad. In fact, he and Spotify were so impressed that it's now rolling out to 14 countries. 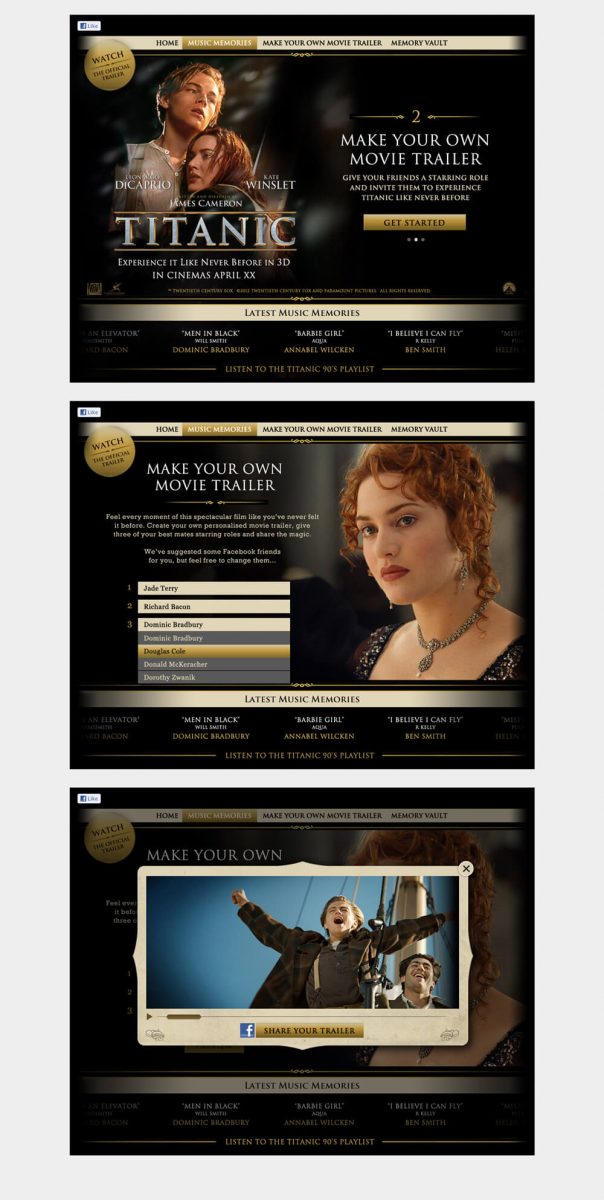