It starts with you

Investment bank BNY Mellon was launching a new ATL campaign, 'It starts with you' and wanted a suitably personal way for all their employees to help push the message.

Their communications agency, Inkling, came to us with the idea of an app through which BNY staff could create LinkedIn profile images using the ATL lock-up. We created two versions – a tablet app for use in their offices and a mobile web-app which staff could use at home.

Both enabled staff to take their photo and position it within the branded frame, before saving and sending it to their BNY Mellon email addresses. The mobile app also had the option to upload a photo from the user’s library.

Soon the BNY staff became the B2B heroes of the campaign, highlighting the importance placed on the individual by such a big company. 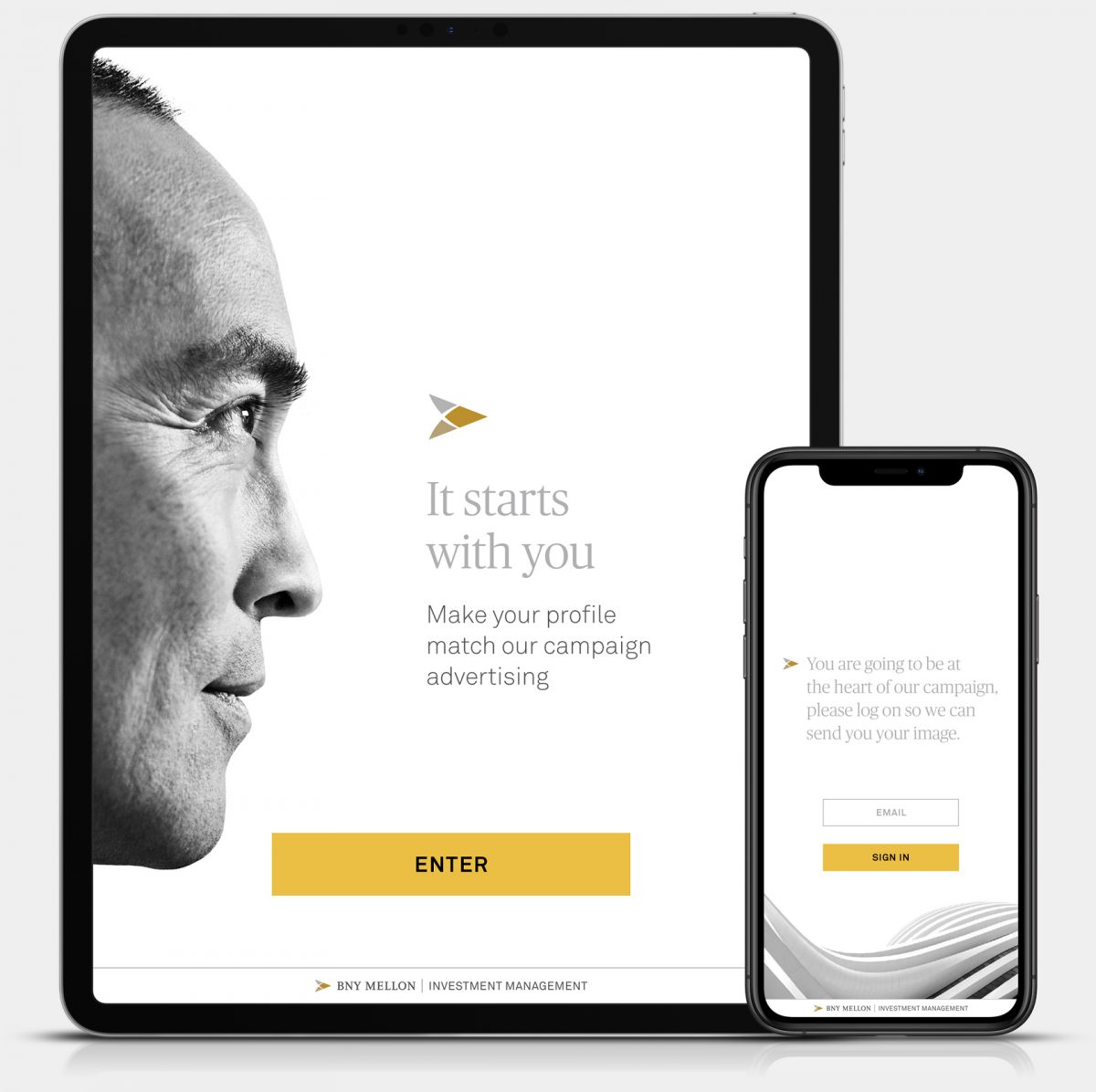