We just gave away 18,690 pints. Or rather Meantime did. But we helped them.

Meantime know they’ve got good beer; beer for which the taste does the talking. They just needed to give it a chance to speak. No branding, no marketing guff. Just the beer. And so, freeproperbeer.com was born.

OOH, digital and print advertising drove people to the unbranded website we built. Once there, they entered their name, postcode, and email and/or mobile. In return, they received a voucher for a free pint, links to their nearest participating pubs, and a message saying they could claim their free proper beer on 26th April.

44,194 people signed up and, following the reminder being sent out on the 26th, 18,690 headed to the pubs of London to claim their mystery pint. (That’s a pretty staggering 42% redemption rate.) Upon redeeming their pint, drinkers were sent a message saying “Enjoy your pint. We’ll tell you who brewed it in 20 minutes”. And 20 minutes later, Meantime revealed themselves.

The beer obviously went down well as, on the night of the 26th, the 200 participating pubs were serving pints at a rate of one a minute, while meantimebrewing.com saw a 1100% increase in visitors. 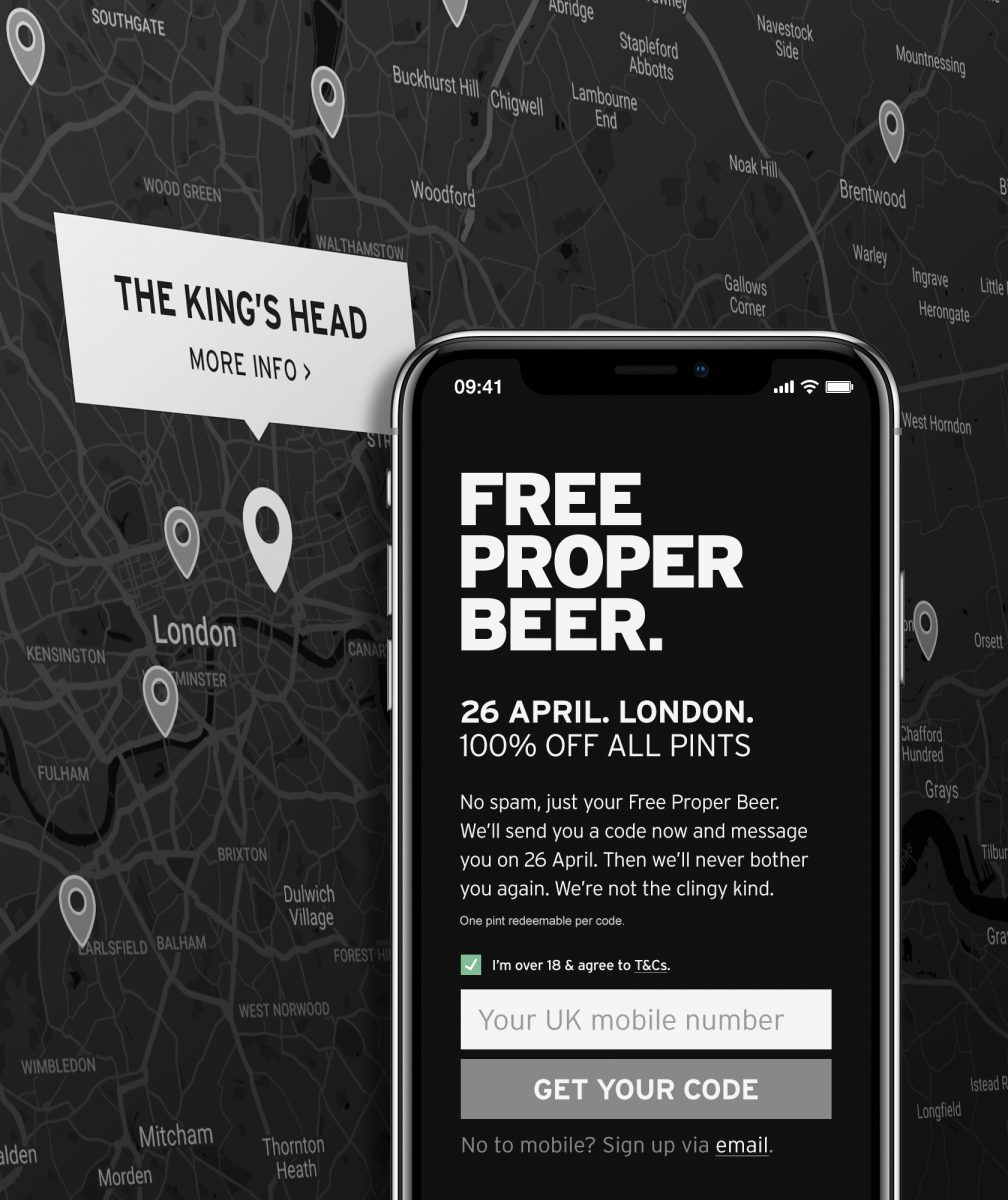