The curse words of video calls provided the idea for a microsite we built to raise awareness of DeafKidz International.

If there’s one phrase you’ve heard over the past year it’s “You’re on mute”. But if a brief moment of a video call can prove so frustrating, imagine being a deaf child in a developing country, where no one knows sign language, or even thinks you can communicate. Brand and communications agency Bold Space had the idea of using the video call curse during #deafawarenessweek to drive awareness of DeafKidz International.

Plug in and donate 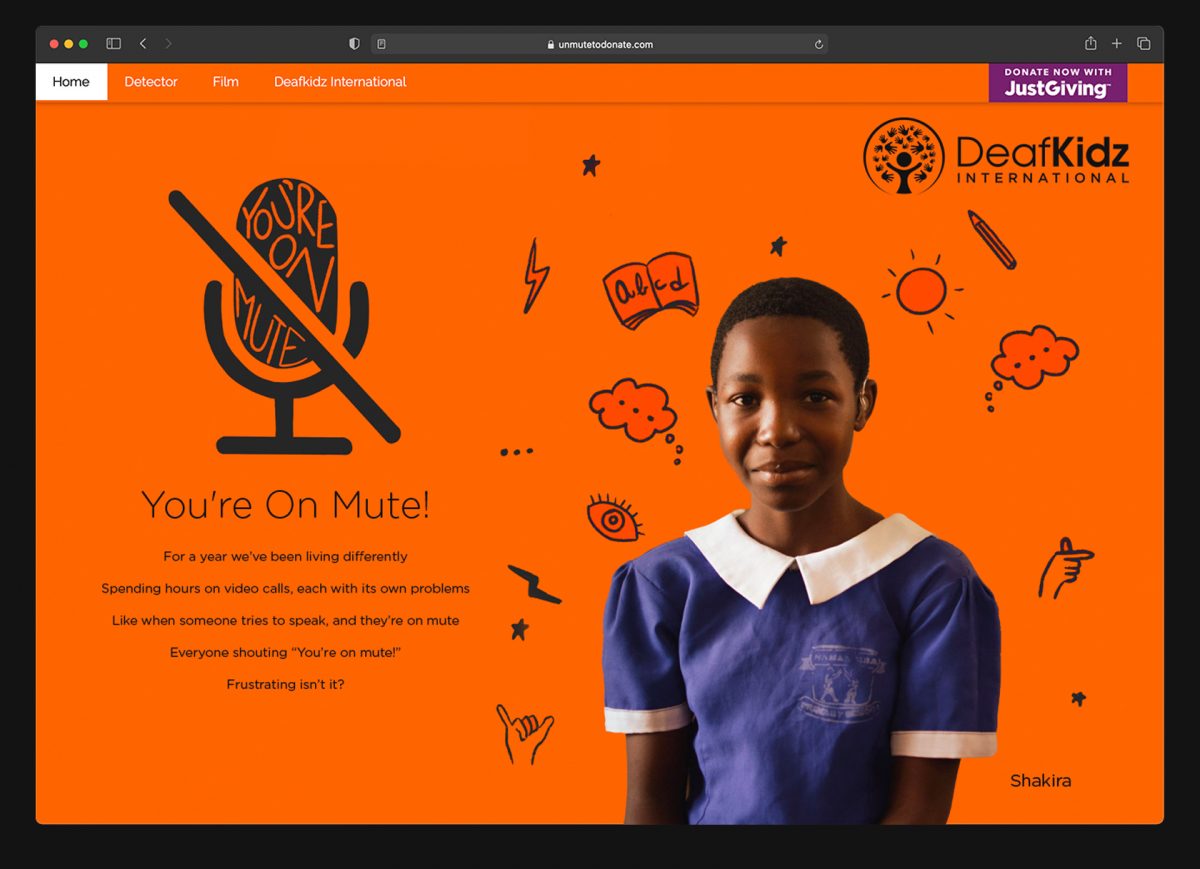